WTP features a good amount of quality of life improvements. These include:

Preston Garvey No Radiant Settlement Quests: After taking the Castle for the Minutemen, Preston Garvey will no longer give you radiant quests with the exception of those that you cannot get through the Radio Freedom broadcasts.

Whose Quest Is It Anyway: Upon attempting to remove a quest item from your inventory, you will now be notified which quest the item is locked by.

All vanilla Chem Stations were renamed to “Crafting Stations” to account for the fact that you can craft pretty much anything at them. Their models were changed accordingly by this excellent mod.

Holotapes to configure a few mods were moved to a unique category at Crafting Stations called MOD CONFIG. They can now be crafted for free. 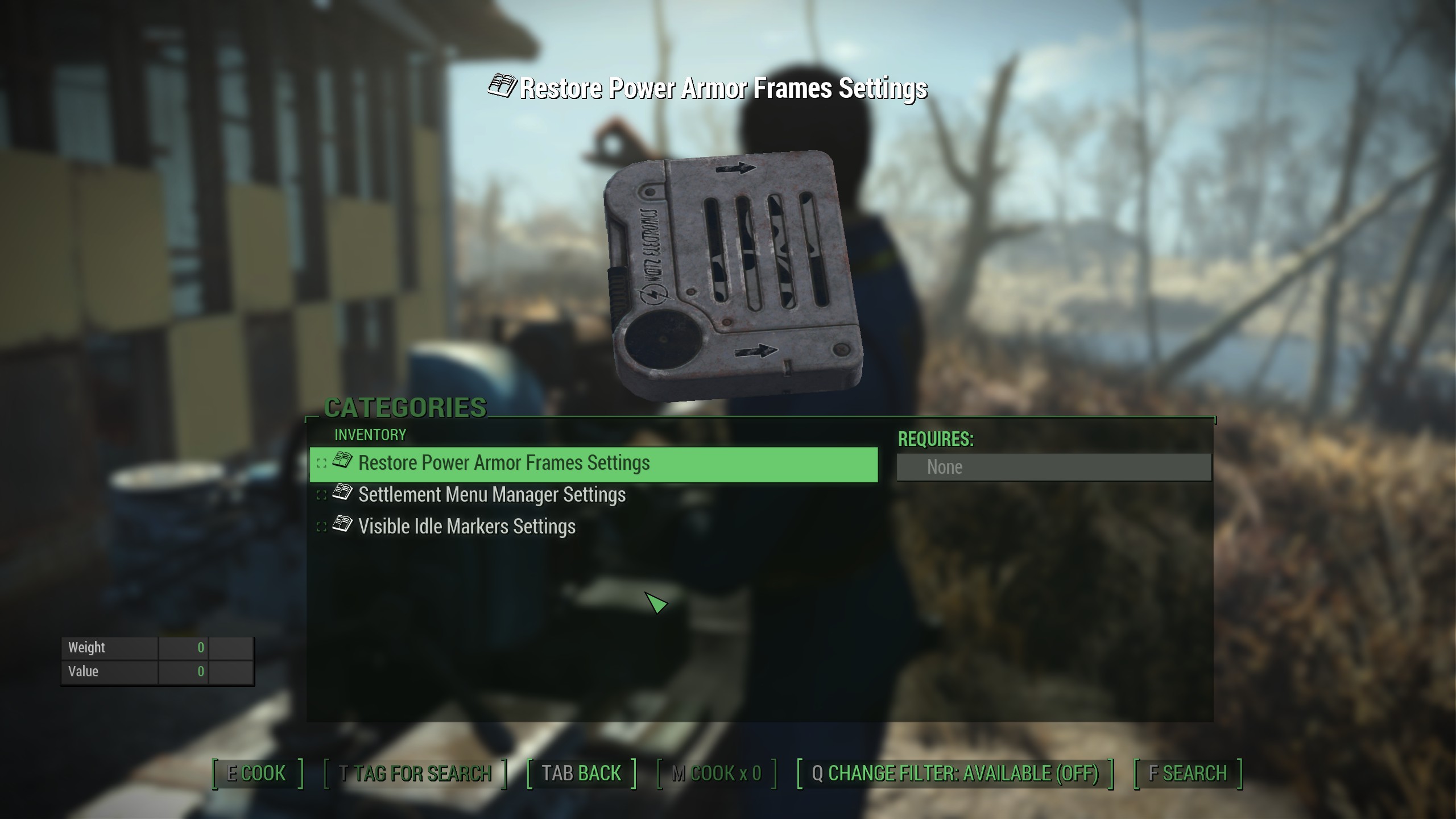 WTP includes the amazing Photo Mode by reg2k. It’s the perfect tool for screenarchers, pause the game and find the perfect angle for a great picture. You can access it through ESCAPE menu or define a hotkey in the associated MCM.

While WTP touches little on the gameplay side of things, I did change how power armors were distributed and how their paint jobs work to be quite different from vanilla.

Quick summary of the changes:

In vanilla, one may be forgiven to think that before the bombs dropped every citizen of Boston had a set of power armor stored in their backyard. There are just so bloody many of them! In order to cut down the amount of armors you find, I added Some Assembly Required for its hand-placed power armor pieces (and removed everything else it did). In most locations where before there was a power armor frame often with a full set, you will now find separate pieces or other rare loot. Additionally, pieces of Raider, T-45, or (rarely) T-51 power armor were hand-placed in various locations around the Commonwealth.

Since this change means there will be far fewer frames found in the world, I added Restore Power Armor Frames which will allow you to extract the frames from dead NPCs.

According to lore, T-60 power armor had not yet replaced the T-51 in the standard army loadout before the bombs dropped and did not enter mass-production until the Brotherhood of Steel procured the means to do so much later on. As such it makes no sense for T-60 sets to be significantly more common than T-51 in the Commonwealth. In WTP, T-60 sets are given exclusively to Brotherhood troops. Atom Cats now wear T-45 power armor sets instead of T-60. The only T-60 set you can find outside of the Brotherhood is the Tesla variant from the Automatron DLC.

There is one full set of T-51 power armor including frame and fusion core in a heavily fortified location. See the SPOILER SECTION at the bottom if you want to know where to find it.

As for X-01 power armor, there are only two full sets to be found: One of them is the Quantum X-01 from the Nuka World DLC. The second consists of regular X-01 pieces you will have to gather from various locations around the Commonwealth. Scroll to the bottom of this page to the SPOILER SECTION to find out where exactly those six pieces can be found.

In vanilla, many paint jobs also have non-cosmetic effects such as stat increases. The mod Power Armor Materials AND Paints separates these two so you can control the paint job and “material” (the non-cosmetic buffs) separately. This required some integration patching with other power armor mods added in WTP.

Paint jobs now all cost 2 oil and 2 steel to apply (matching the Creation Club paint jobs). They no longer increase weight or value of the armor piece and will not yield a loose mod upon swapping to a different one.

Additionally, paint jobs were made available for a greater variety of power armor pieces by Consistent Power Armor Overhaul and Minutemen Paint Job. Both of those mods are supported by the amazing Power Armors Redone Extended so the new paint job variants are of the same style and quality as the vanilla power armors retextured by Power Armors Redone.

The Abraxo and Sugar Bombs paint jobs for the T-51 (added by the Contraptions DLC) will no longer be available by default. You need to find special promotional holotapes for each to unlock the paint jobs. Their locations are listed in the SPOILER SECTION at the bottom of this page.

The Vault-Tec paint job for the T-45, T-51, T-60, and X-01 power armors is similarly disabled at the start of the game and can be unlocked by a holotape. You can find it in the Overseer’s office of any vault.

The building system was generally improved by the following mods:

The more objects you place in a settlement (or technically the higher the overall polycount of all object gets), the more performance will degrade. With the expanded building budget it is now up to the player to decorate carefully and mind the framerate.

The mod Scrapping Machine adds some very useful scrapping machines that you can build in your workshop. Any junk items placed inside will be broken down into their base scrap. This is extremely useful because junk broken down for components when crafting or building may cause unused base scrap to be lost. 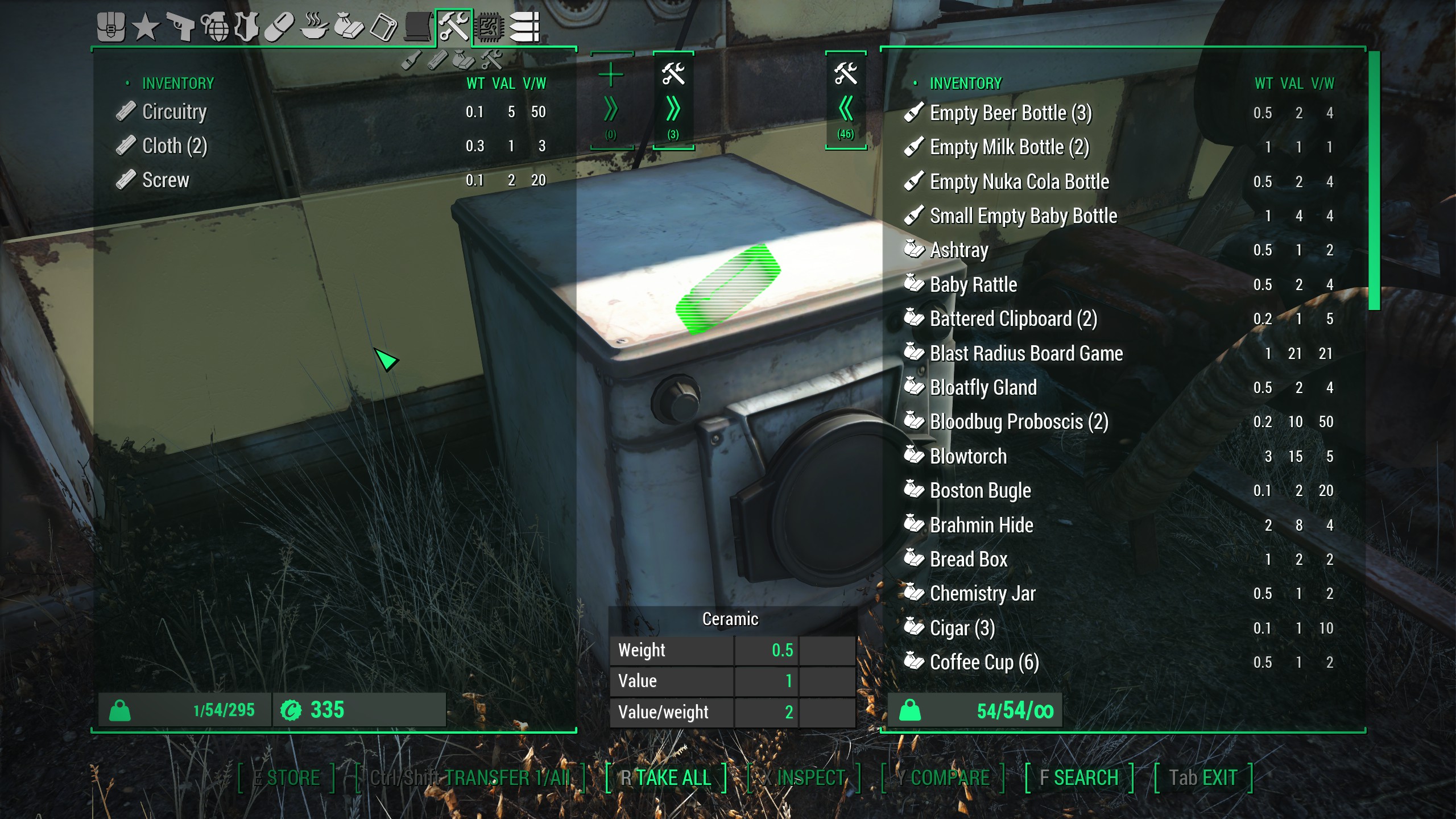 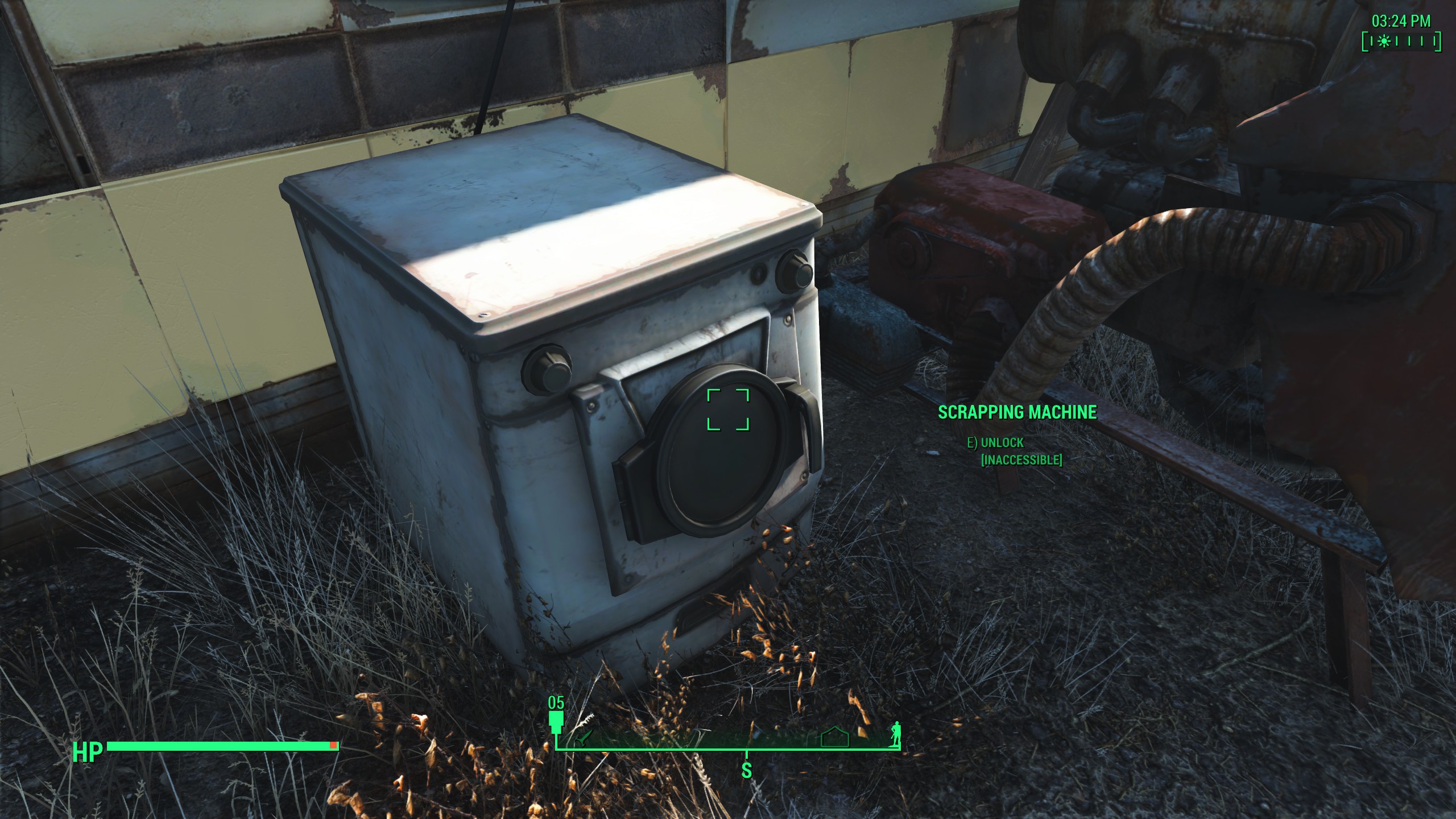 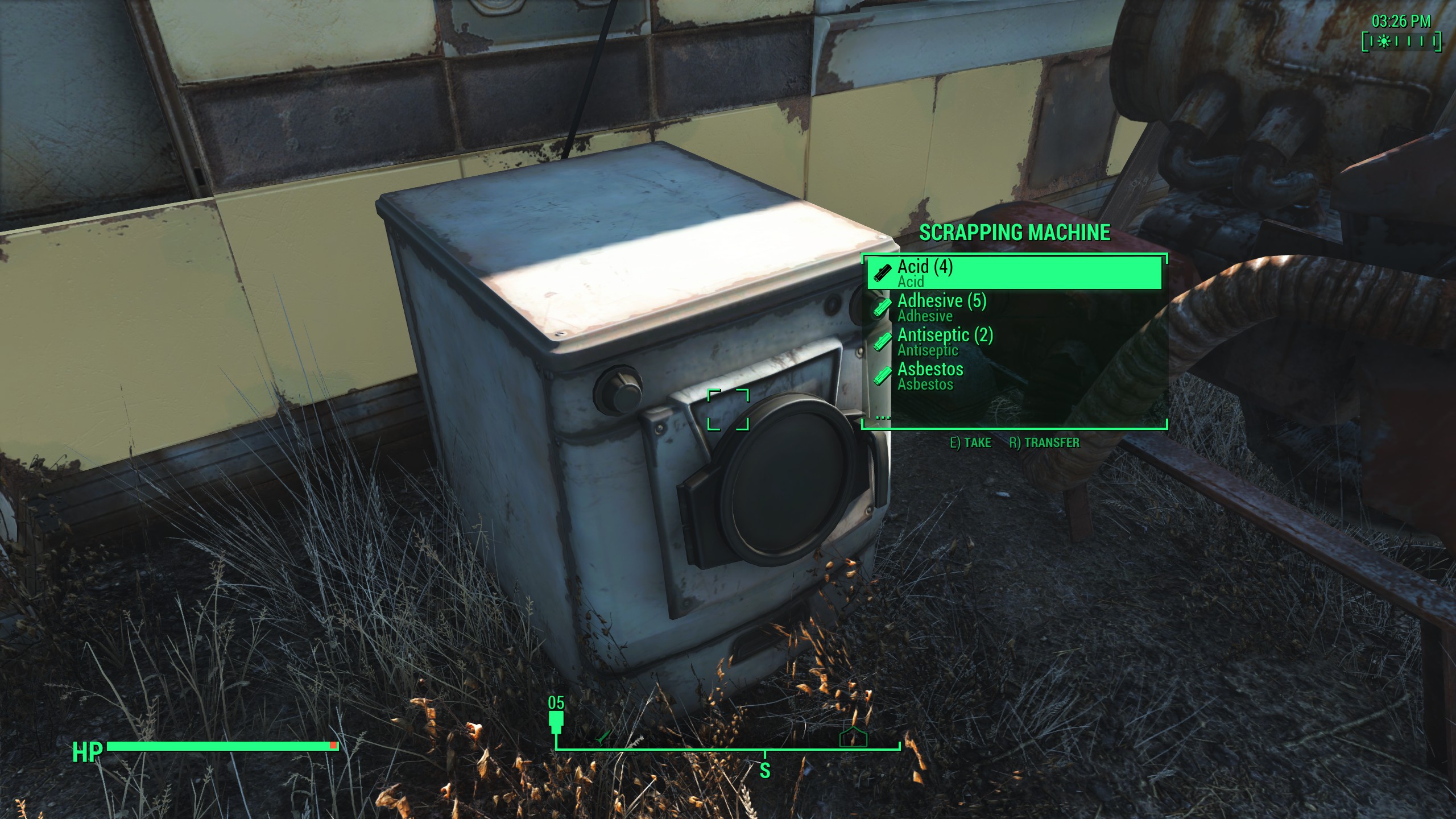 WTP comes with a bunch of custom hotkeys, all of which can be configured in MCMs or INI files.

Hotkeys for ENB can be adjusted in the enblocal.ini (located in the root folder). Here is a great website to quickly figure out the keycode for any key by simply pressing it.

WTP both adds new tracks to the background music as well as to the Diamond City radio. The new additions were carefully selected to match the vanilla atmosphere so as not pull you out of the game.

The music mods’ individual plugins were replaced by a patched and merged one.

Pip Boy Retextured adds eight new colour variations (paint jobs) for the Pip Boy like the Creation ones but for free. You can change your Pip Boy’s paint job whenever you like at any Armor Workbench.

I’m a huge fan of fadingsignal’s K-9 Harness for Dogmeat so I had to add it to WTP. Instead of it being craftable, I have placed one harness in a location that fits thematically. Either trust that you will find it naturally on your travels or check the SPOILER SECTION at the bottom of this page if you want to know where it is.

Also by fadingsignal is the Modular Military Backpack which matches the K-9 Harness beautifully. It is a Creation so you will need to buy it from the Creation Club. There are instructions for installing the Creation in WTP on the Creation Club page.

Note that the backpack will no longer be given to you upon leaving Vault 111 and it will not be distributed either. You can find a single one within Vault 111 that you can pick up at the start of the game. 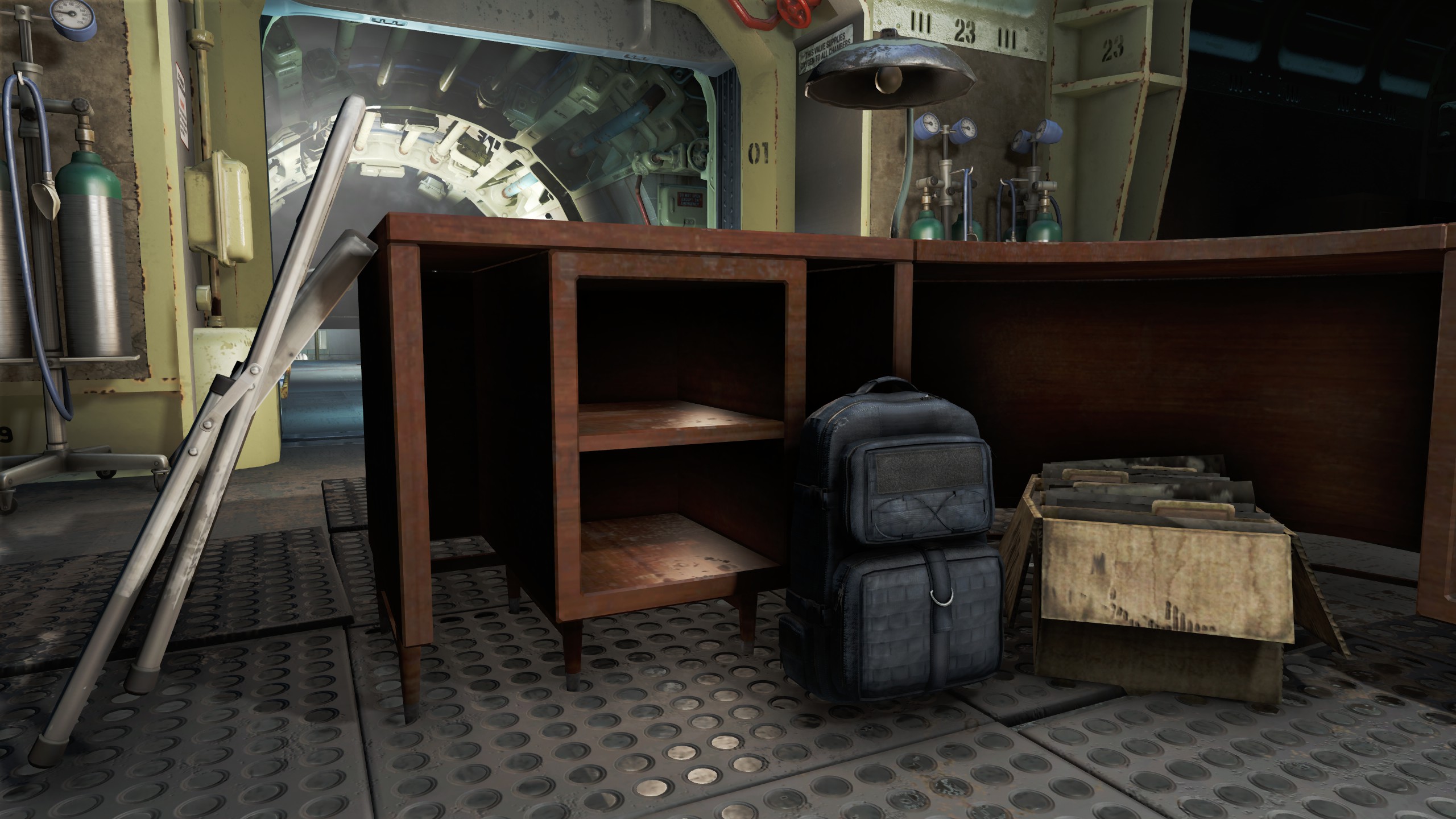 PLEASE DO NOT KEEP SCROLLING IF YOU DON’T WANT TO KNOW WHERE VARIOUS RARE ITEMS ARE FOUND.

You can find X-01 power armor pieces in the following locations:

There is a full suit of T-51 on the rooftop of the 35 Court in the Financial District, downtown Boston.

You can find holotapes to unlock certain power armor paint jobs in the following locations:

Can be found at the Malden police station, upstairs.