Instructions on how to update various tools and some mods.

It is possible to update Mod Organizer 2 without affecting your setup if you leave certain files and folders intact. You can do this anytime, and it will not affect your saves, mod list, or even your UI settings.

In order to update CAO without removing the custom TPF profiles, simply do the following:

This will leave the TPF profiles intact but overwrite the default profiles in case anything was changed about them.

There is generally no need to update DynDOLOD and re-generate LOD for every new DynDOLOD update, especially when you’re in the middle of a playthrough. However, if you change something about the landscape (like trees or various objects), you need to re-run DynDOLOD and you should update it first.

The instructions are for both Wabbajack and manual users. They are for updating DynDOLOD in an ongoing playthrough.

Wabbajack user: Do not update to the new version yet. Open MO2 with your existing installation. 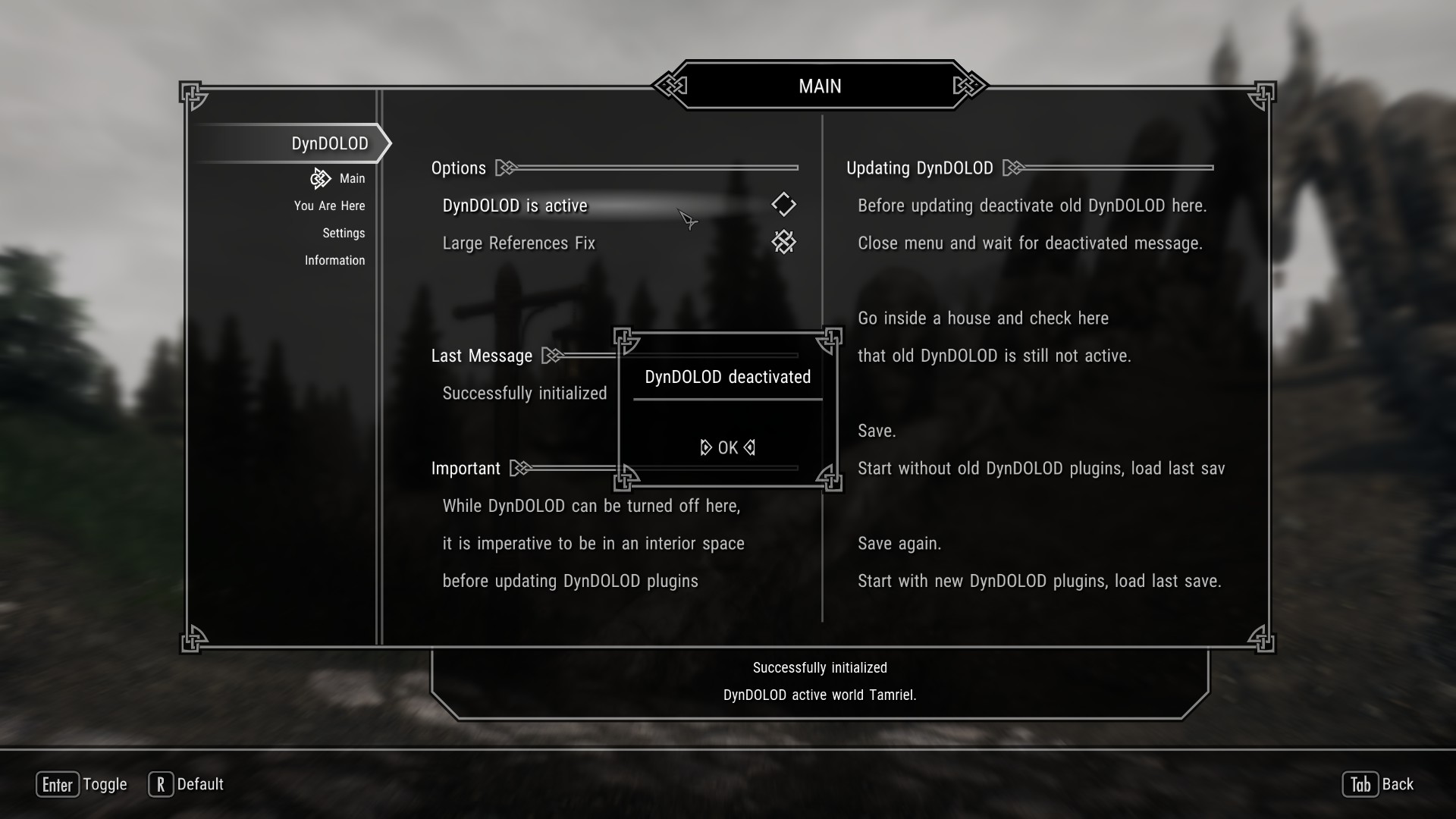 Wabbajack users: At this point you can simply update by running Wabbajack and re-installing TPF over your existing setup. The steps below are for users of the manual guide.

Since the folder wasn’t changed, there is no need to update the file paths to the TexGen and DynDOLOD executables in MO2. They are still the same.

When SKSE updates, please wait for the guide to update accordingly before installing the new version. For new Skyrim SE versions and matching SKSE updates, many other mods need to be updated as well.

In order to update, you need to replace the DLLs and executable in the root folder as well as the Scripts folder managed with MO2.

It is entirely possible to update Adamant in the middle of a playthrough with the help of Ish’s Respec Mod. However, big updates for Adamant often require the guide’s CRP to be updated as well which in turn is often accompanied by a guide update. So while Adamant is basically always safe to update, the CRP is not.

When Adamant as well as the guide and CRP received a save-safe update, you can do the following to update: